With respect to a CDA credit arising from a life insurance death benefit, the amount of the credit is equal to the death benefit amount minus the adjusted cost basis (ACB) of the policy at the time of death. Typically, a policy held to life expectancy will result in nearly all or a very high percentage of the death benefit being credited to the CDA. However, tax changes applicable to policies issues after 2016 may result in a higher ACB for a longer period of time, which will reduce the amount credited to the CDA. 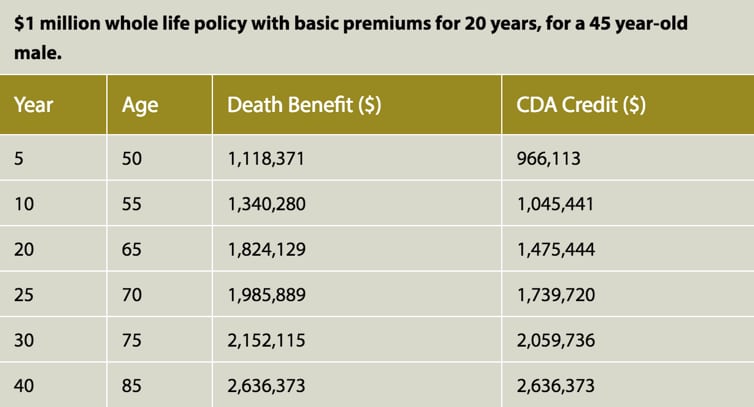 In summary, the capital dividend account can be used by a private corporation to distribute life insurance proceeds to Canadian resident shareholders, substantially on a tax-free basis. With more creative planning, life insurance proceeds can be used as part of a share redemption strategy to significantly reduce the capital gains tax liability that will arise as a result of the deemed disposition of shares in a private corporation immediately before death. These redemption strategies represent some of the most powerful estate planning benefits associated with corporate-owned life insurance.

The Benefits of a Will
Power of Attorney and Living Wills